
Homepage
/
R&D
/
Dr. Caimei Shao: The practice of anti-resistance in European feed and its enlightenment to Chinese feed enterprises

Dr. Caimei Shao: The practice of anti-resistance in European feed and its enlightenment to Chinese feed enterprises

The Practice of Anti-antibiotics in European Feed and Its

Enlightenment to my country's feed enterprises

1. The history of feed ban in Europe

In 1999, the European Union announced that from July 1999 to January 1, 2006, only four antibiotic products were allowed to be used in feed: monensin, salinomycin, flavomycin, avilamycin In early 2006, the use of antibiotics in feed has been completely prohibited by law (Figure 1).

The Dutch Industry Association has stipulated that starting from September 2011, feed companies are no longer allowed to customize medicated feeds and other measures for farms.

So, after the European feed ban, how did the breeding performance and the amount of antibiotics change? First, the pioneer Sweden, in the first few years after the ban in 1986, taking pigs as an example, the average daily gain decreased and the feed-to-meat ratio increased , The mortality rate increased, and the weaning age had to be delayed by 1 week. Secondly, after the Danish implementation of feed prohibition, the performance of pig farms in the growth and fattening stage has little effect. According to statistics, 62% of pig farms have no significant changes in daily gain and mortality at this stage, and only 12% of pig farms have poor environmental conditions. The pig farms have had problems that have not been resolved for a long time, and the other 26% of the pig farms have kept up with their production results after months of adjustments. However, the problems and difficulties in the piglet stage are great, manifested by the increase in mortality and the decrease in daily gain, and the decrease in the number of weaned piglets (PSY) provided by the sow per year (see Table 1). In addition to the decline in the performance of pig farms, the amount of antibiotics on site has increased slightly.

It can be seen from Figure 2 that from 1996 to 2001, the annual dosage of prescription drugs on site in Denmark has been continuously increasing. In terms of effective ingredients, it has increased from 48t to 94t (2001); however, the total amount of antibiotics on feed and breeding sites has decreased. Yes, from 154t in 1996 to 94t in 2001.

It is the consensus of EU animal husbandry developed countries to gradually reduce the overall consumption of antibiotics through mandatory measures such as legislation.

Complete veterinarian team and veterinarian qualification management support the anti-resistance action in Europe. At the same time, the various measures taken by European developed countries at the breeding sites and the continuous upgrading of breeding models are the foundation of resistance bans and reductions, which are of reference significance for my country's antibiotic management and preparations for resistance bans at all levels of enterprises.

Laying hens, ruminants, aquatic products and other breeds have little or no pressure on feed resistance. The focus and difficulty are mainly on pigs and broiler breeds, and the focus of attention is the piglet stage before 25kg. Because the piglet is under high weaning stress, the digestive tract of the piglet is not fully developed before the weight of 25kg. Diarrhea and high mortality are the biggest problems after the resistance prohibition and reduction in the young stage.

Regardless of whether it is a young animal or an adult animal, the most valuable experience of European feed companies is the improvement of the details of the breeding site management. Without the following improvements in the breeding process, the feed measures will not have real effects:

First, improve the level of on-site feeding and management to reduce the pressure of disease. Such as adopting more stringent biosafety protection measures, from the design of the pig farm, the change of production mode, the appropriate postponement of the weaning age, the all-in and all-out of animals, strict management of personnel and goods entering the field, and thorough cleaning after animals are transferred out. Make changes and thoroughly implement disinfection and other details.

Second, improve the environmental conditions of livestock houses, enhance animal welfare, and reduce stress. Such as temperature, ventilation, density and other aspects of improvement and adjustment. For example, the Netherlands has tended to raise slow-growing broilers since 2015, and at the same time requires that the stocking density be reduced to 30 kg/㎡ (Table 2). In this context, the pressure of the disease is small, and the possibility of not requiring medication on site is greatly increased (Figure 4).

2.2 Other relevant measures at the breeding site

In addition to the improvement of the management of the breeding site and the upgrade of facilities and equipment, when a disease occurs, it must be diagnosed on the spot before targeted medication. A reasonable and scientific immunization program is also the most powerful guarantee.

I personally think that the various changes and measures involved in the above two points are the biggest contribution points to the excellent production performance of the feed after the ban, and the weight can be given to more than 60%.

2.3 Upgrade and adjustment of feed enterprises

In addition to the development and research of alternatives, the EU allows feed companies to produce medicated feed for breeding companies in accordance with veterinary prescriptions. The medicated feed line must be a strictly independent production line to prevent the occurrence of cross-contamination. The storage management, use records, transportation, etc. of the company are all managed separately.

3. Technical reserves of anti-resistance for my country's feed enterprises

The report of the E. coli resistance test and seroepidemiological investigation of large-scale pig farms in my country shows that the infection pressure on the farms is increasing year by year, and the effect of using feed antibiotics is decreasing. At present, feed companies are actively carrying out relevant anti-reducing technology reserves.

An iron law of practice and verification: Even if the right alternative is selected, it still cannot replace the contribution of excellent farming site management.

4. Suggestions for the management of anti-resistance in my country's feed

The greatest risk of banning resistance in feed will fall on poorly managed and poorly protected farms, and the greatest pressure is at the weaning stage of piglets. At present, my country's live pig breeding and broiler breeding are still small and medium-sized. Take pigs as an example. According to the statistics of the National Animal Husbandry Station, the slaughter pigs of small and medium-sized pig farms (100~5000 fattening pigs per year) are still the mainstream, accounting for about 45% (in terms of the number of slaughtered pigs), regardless of the size of the farm The size, rationality of pig house design, biosafety concept, and on-site management level are uneven. Many pig farms have poor biosafety awareness and need to upgrade their concepts and various realistic technical services. The management of feed resistance in our country should be considered in many ways. Personal advice on anti-antibiotic management of feed is to treat differently according to national conditions, animals and stages.

Feed companies can repeat the verification in R&D farms, or choose breeding companies that have the desire to actively ban resistance and have good management conditions, explain the project goals, and customize feed products for them from the growth and fattening stage to accumulate experience. Then, from easy to difficult, to the young stage, various technical parameters and countermeasures are accumulated and summarized in repeated practice.

Learn from Europe, step by step, and set timetables for industries and companies to avoid severe stress; first ban antibiotics that are the most risky to human health; respect the reality of the farm and the difficulty of banning resistance at different stages, such as those before 25 kg Piglets are the most stressful stage of prohibition and resistance. At this stage, the proportion of total feed intake and total fecal discharge is small, and the risk to livestock product residues and soil environment is small. Loose policies should be given or finally banned; strict supervision of livestock products The remaining drug residues are the first pass for food safety. 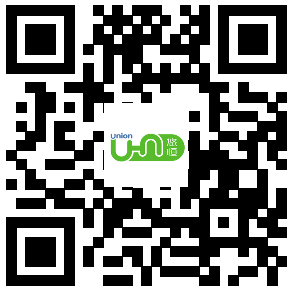